Indicating that your website uses during the Complianz Wizard (Wizard > Consent > Services) will, in most cases, be sufficient to block the Map prior to consent.

If that is not the case: use this article to check if Complianz contains an out-of-the-box integration with the Google Maps plugin/script used on your WordPress site, or if it concerns a custom script which may need some customizing to work correctly.

In addition to the above list: some Google Maps integrations are not shipped with Complianz by default, as they may require some additional tweaking.

Such integrations can be found in the list below, and can be implemented as MU Plugins.

Not in one of the above lists? You may need to do some custom work.

You might run into an issue when integrating your Google Map in Complianz’ Script Center. The below troubleshooting steps should help you find the cause of the issue.

In case you use a custom script or MU Plugin to integrate your Google Map, instead of the Script Center, please see our step-by-step guide on custom integrations (includes code examples): https://complianz.io/custom-google-maps-implementation/

Ensure that all scripts are blocked

Do you see an error in the browser console when loading your Google Map, such as ‘google is not defined’? Then you have a piece of JavaScript that is not blocked yet.

Under Complianz > Integrations > Script Center, create a new element in the category “Block a script, iframe or plugin”. Give it an easily recognizable name, like “Custom Google Maps”.

This should be a <div> that wraps the actual Google Maps content. The below example illustrates how we found the <div> class “gmp_MapPreview”.

Save this, and verify the results on the front-end.

If you still see a console error, it is possible that one script is loaded faster than the other, causing a ‘race condition’. You can tell Complianz which script to load first, by clicking “enable dependency”. If you enable it, you get a list of scripts that are also blocked. You can select one.

Often, your custom script will have to wait until the core script, for example until “maps.googleapis.com” has loaded.

No console errors, but the Map still doesn’t load

What if the Map still does not load after providing consent, but doesn’t throw any JavaScript errors in the console either?

Are you using ACF? Complianz includes an ACF integration that blocks the Google Maps example code provided by ACF.

If you have a different Google Maps implementation, try disabling the ACF integration found under Complianz > Integrations > Plugins.

Some custom scripts (like the ACF example), load on document.ready, or document.load. The result is that if a user clicks consent, the map script doesn’t get executed, because the ‘document.ready’ event already has executed, long before the user clicked ‘Accept’.

To fix this we can tell Complianz to force a document.ready event. This requires the use of a custom script, which we recommend placing inside an MU Plugin: 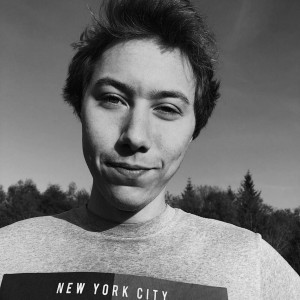 An integration with the WoodMart theme is available as an MU Plugin on GitHub: https://github.com/Really-Simple-Plugins/complianz-integrations/blob/master/woodmart-custom-google-maps.php

An integration with 10web.io Google Maps (also known as 10WebMapBuilder) is available as an MU

An integration with the Interico theme , also known as Advanced Google Maps, is available